We Are Reflective Performance

Our Co-Founding Team worked together previously in other businesses and came to appreciate each other’s skills and how they could be applied to change how people are managed within organizations to Unlock Human Potential and Organizational Productivity. The solution lies in applying proven Business Methods for Organizational Change with rigorous Scientific Research into the causal factors underlying Human Performance and Productivity.

John is a highly experienced leader. Operating as CEO, COO, CFO and Program Manager, he has turned around and built profitable, successful.. Read More 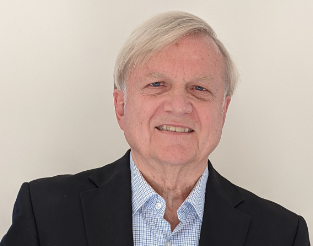 John is a highly experienced leader. Operating as CEO, COO, CFO and Program Manager, he has turned around and built profitable, successful businesses. Reflective Performance, Inc. represents the culmination of his career-long path in launching a more productive, people-centric operating model for any business.

John has been at the forefront in the application of Systems Modeling and Analytics to organizations to eliminate waste throughout operations, resulting in higher productivity, reduced cost, higher margins, and more sustainable revenues. In undertaking his business roles, he worked across a wide range of industries, business models, and corporate development and financial challenges. He determined through this experience that employees and people in general are the greatest determinant of business success, and in most cases, their full potential is untapped. His ability to think holistically to model and simplify business operations and financial management through a Systems Approach resulted from a broad learning perspective, business experiences, and mentoring in his most impactful roles:

Underpinning John’s business success has been his ability to engage and draw out the talents and commitment of all those working for the organization. To him, all those within the organization need to be brought into the strategies, plans, and processes regardless of level or function.

Whether at a construction site in Eastern Poland in the Communist era, or in semiconductor wafer fabs and assembly lines in Asia, or in manufacturing operations in Belgium, or in cable warehouse and repair operations in the heartland of the U.S, or in data centers and R & D operations in Silicon Valley – John walked the operations and talked to those who made the business work, learning and applying their perspective and recommendations to improve multiple businesses.

It is this knowledge base and implementation experience being deployed in combination with Executive Function technologies that creates Reflective Performance, Inc’s opportunity to align executive, management, and employee interests for mutual benefit.

He is a finance and operations leader with extensive experience in managing complex business departments, leading the budgeting process,.. Read More 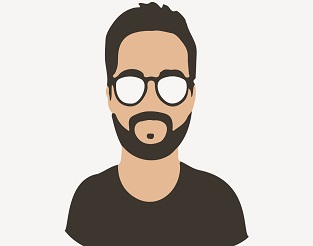 He is a finance and operations leader with extensive experience in managing complex business departments, leading the budgeting process, providing strategic advice to management, and achieving measurable results.

He is a finance and operations leader with extensive experience in managing complex business departments, leading the budgeting process, providing strategic advice to management, and achieving measurable results. Throughout his career he has overseen the corporate finance, legal structuring, contract negotiation, budget planning, human resources, and strategic partnerships processes for several companies. Over the past ten years he has helped to drive operational efficiencies and deliver solid financial performance of several departments consisting of over 30 people.

Previously he served as a management consultant to three companies in the healthcare, media, and medical waste industries, helping them develop comprehensive business plans, financial budgets, and investor presentations that were used to raise investment capital, negotiate strategic partnerships, and secure early customers.

Additionally, he brings over 13 years of experience in the financial services industry, where he was: an equity analyst working with hedge funds, mutual funds, and institutional investors; supported investment bankers in M&A transactions; and managed portfolios for corporations and private clients. He has an MBA from the Boston University Questrom School of Business, and a BA from Hobart & William Smith Colleges.

Stephanie Carlson is a Distinguished McKnight University Professor at the Institute of Child Development, University of Minnesota... Read More 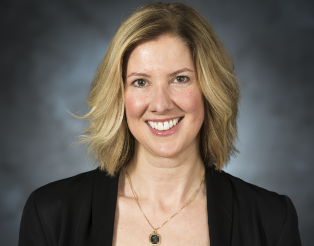 Stephanie Carlson is a Distinguished McKnight University Professor at the Institute of Child Development, University of Minnesota. Dr. Carlson (not related to John G. Carlson - President & CEO) is an internationally recognized leader in the study of executive function (brain basis of self-control).

She has developed innovative ways of measuring executive function across the lifespan. In 2014, with Phil Zelazo, she co-founded Reflection Sciences, which provides the Minnesota Executive Function Scale and surrounding services to educators. She served as the company’s CEO (2016-2018), Chief Science Officer (2018-2021) and on the Board of Directors (2014-2021). In 2021, she co-founded Reflective Performance to bring insights on executive function to workforce development.

Dr. Carlson has made discoveries about the role of executive function in other important aspects of human development (decision-making, perspective-taking, and imagination). Her current research focuses on ways to help promote executive function through reflective practices in play, parenting, and preschool curricula. Her work has been supported by the National Institutes of Health, Institute of Education Sciences, John Templeton Foundation, and the Character Lab. She has conducted cross-cultural research in North and South America, Asia, Africa, and Europe, and has been a Guest Professor of Southwest Normal University in Chongqing, China (2006-2009) and Zhejiang Normal University in Hangzhou, China (2013-2016).

Dr. Carlson received a B.A. with Honors from Bucknell University and a PhD in Experimental Psychology from the University of Oregon. Prior to joining the University of Minnesota, she was an Associate Professor of Psychology at the University of Washington. Dr. Carlson is a Fellow of the American Psychological Association and the Association for Psychological Science. She was selected for the APA Mary Ainsworth Award for Excellence in Developmental Science (2022). She has served on several editorial boards, was Vice President of the Jean Piaget Society (2008-2015), is a member of the Human Capital and Economic Opportunity Global Working Group (University of Chicago), and has advised Frontiers of Innovation (Harvard) and the National Governors’ Association. She has been an Advisor to Sesame Workshop, PBS Kids, Noggin, Bright Horizons Family Solutions, Minnesota Children’s Museum, Playworks, and Transforming Education. Dr. Carlson is an invited speaker to national and international organizations (e.g., Aspen Brain Forum, Learning & the Brain, Young Presidents’ Organization, Simms/Mann Think Tank, TEDx Minneapolis). Her research has been featured in several media outlets, including Time, The Atlantic, New York Times Magazine, and National Public Radio.

Phil Zelazo is the Nancy and John Lindahl Professor at the Institute of Child Development, University of Minnesota. Dr. Zelazo is a.. Read More 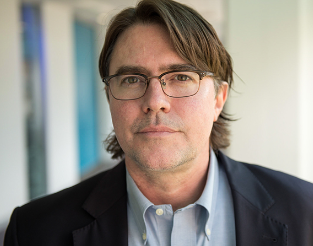 Phil Zelazo is the Nancy and John Lindahl Professor at the Institute of Child Development, University of Minnesota. Dr. Zelazo is a world-renowned investigator of the development and neural correlates of executive function in childhood and across the lifespan, and he catalyzed the field of developmental research on EF with new measurement tools for children.

Dr. Zelazo received his B.A. with Honors from McGill University, and his Ph.D. with Distinction from Yale University. Prior to moving to the University of Minnesota, he was a Professor in the Department of Psychology at the University of Toronto, where he held the Canada Research Chair in Developmental Neuroscience.

Dr. Zelazo has authored or edited over 200 publications, including the two-volume Oxford Handbook of Developmental Psychology (2013). Dr. Zelazo was also the lead developer of the executive function measures for the NIH Toolbox for the Assessment of Neurological and Behavioral Function and the National Children’s Study. He continues to work on national longitudinal research as part of the ECHO PRO Core.

Dr. Zelazo is a fellow of the American Psychological Association and the Association for Psychological Science; he has served on several editorial and advisory boards (e.g., Development and Psychopathology; Mind and Life Institute; Science of Learning and Development (SoLD); Vroom), and he is Past-President of the Jean Piaget Society. He is a popular keynote speaker at national and international meetings.

By taking a Sublicense for our proven technology and software app for measuring and developing Executive Function skills, we have a running start to launch a differentiated workforce management product within our first year. Initially, it will focus on Assessment for individuals and groups and the correlation with a discrete set of productivity impacts in the business and across the lifecycle of employment and workforce management. Later, we will analyze and map impacts throughout business operations with productivity addressed through a Systems View of the people and functions and the connections between human and organizational performance.